Challenges are what make life interesting and overcoming them is what makes life meaningful. 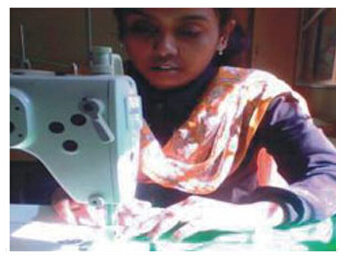 My name is Anjali. I belong to Mali village in srikakulam district. I joined in Symonds training school for tailoring conducted by Holy Trinity Orphanage Poor Peoples Educational Social Service Society. Mrs. Narsamma was our instructor. She taught us very well. I learned how to stitch blouses, shirts and pants etc, after my training the HOPESSS has guided me to get Loan from Government for purchasing of Swing machine and I started tailoring work in my home. Now I am getting income daily Rs 150/-. This amount is helping my family to get sufficient food and clothes. It is very happy to me that I am able to help my parents to lead our family with guidance of HOPESSS.

I really thankful to HOPESSS for extending this opportunity and better livelihood. 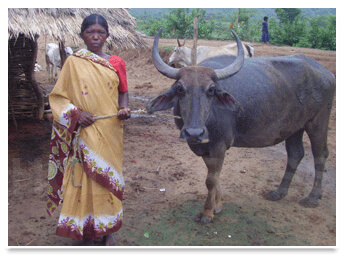 My name is Thoudamma. I belong to Masangi village in srikakulam district. I have 3 daughters and 1 son. My husband is working as a daily labor; he spends total money to liquor. If I ask money for maintenance of family, he used to beat me. My self help and my children are faced problems due to insufficient food. And became un healthy. One day one woman from Holy Trinity Society (HOPESSS), came to our village and motivated us to form Mahila Sangam group. HOPESSS gave one milk cattle as a revolving fund which is recoverable without interest. This great help from HOPESSS gave us a great relief and we are ever grateful to them. With good food besides successfully re-paid my Loan amount and helped another woman in our group. We are grateful to HOPESSS. 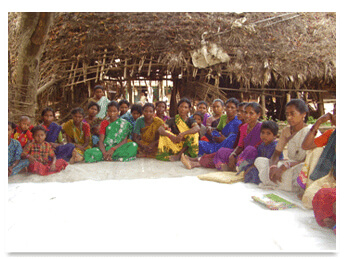 The tribal women of SavarabonthuVillage enjoy greater freedom when it comes to decision making. In fact they are the breadwinners of the family.
The majority of people in this village are small and marginal farmers, though they are putting lot of energy on their lands, unable to yield satisfactory returns. Low fertile land degraded soil, very meger and neglected irrigation facilities unable to invest on capital even to the minimum extent required inputs. Lack of proper knowledge in cultivation systems is one of the major factors for crop failures and low agricultural production and also due to diminishing forest produces resulting in scarcity of food grains result reduce economic income among the people. For agricultural works people borrowing loans from shahukars and money lenders with high rate of interest. In the harvesting season, people repaying their loans, in the shape of grains. After harvesting people keeping their grain in unsafe condition. Due to insects and fire accidents they are losing grains and forest produces. Due to lack of proper knowledge on cultivation systems, high usage of chemical fertilizers insects and fire accidents, frequent failures of monsoons, low productivity, exploitation of money lenders, 'lack of proper seed repositories people unable to consume 50% their produced grains. So, people in this village become under poverty line lack of proper knowledge on cultivation systems is the main problem of farmers.

The women of Savarabonthu are not new to the thrift and credit activities – due to the hard work of HOPESSS operating in the Bhamini, gopalapuram, malli, Gaddidibai, Shambara…etc in Srikakulam district. Tribal Development Programme conducted by HOPESSS in order to make Sustainable Agricultural Practices influenced the poor villagers in promoting the social consciousness and a sense of security for lively hood especially through Women Former Clubs. HOPESSS brought in a sea of change in the attitude of the timid poor people of the village. The first glimpse of this is the Women Former Club. The twelve members of Group started in Savarabonthu Village. They are started gathering information of every thing that they needed for their lively hood and learned several aspects of governance, administration and management. Like most of the tribes they once used to run away at the mere sight of a stranger. Now Women Former Club meetings and the Trainings on Sustainable Agriculture, Leadership, and Organic Farming given and made them to realize what they can do by themselves for the welfare their small Society, and need not afraid of strangers 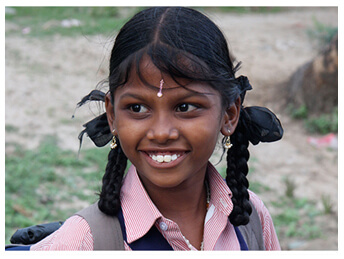 Ramya parents were separated and she lived with her mother in salegundam in srikakulam. Two of her brothers died when they were babies due to the mother’s negligence.Ramya’s mother took recourse to begging as a source of income. She was an alcoholic which meant that Ramya was quite a neglected child as her mother showed little interest in her upbringing. A social worker identified her on the streets of salegundam and placed her in the Hopesss Home. Later on her mother contracted tuberculosis. Hopesss supported her medical treatment. Despite efforts her mother died. Ramya is friendly and talkative girl. She looks very happy and cheerful all the time. She is very creative and loves to paint. She has slight problem with her aggressive outburst. But if she does any wrong she accepts that and tries to change herself. She is intelligent and is keen to learn new things. Ramya has the interest to make public speech and she is becoming efficient day by day. She loves dancing and painting. At present she is a student of Trinity School and is successfully promoted to class VI. Ramya scored good marks in all the subjects and took science stream in class VI. Ramya is culturally very active; she took part in various cultural programs throughout the year. She is being trained in casio and violin as well. Ramya knows she has to stand on her own feet and she is making all the efforts. She is very proud being a child member of Hopesss Family and a suitable representative of HOPESSS. 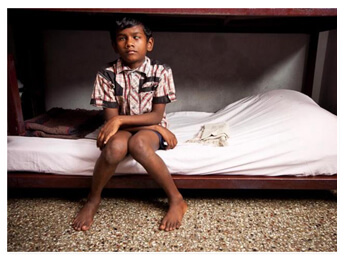 Raju is around 12 years. He is from a village in Ramakrishnapuram. He has two brothers, two step brothers and one step sister. He left home when he was around 5 years as he could not get enough to eat and was also subjected to punitive parenting by his step mother. He wandered off to vizag and was living on the streets and on railway stations. He was there for some time but was subsequently restored to his family. Couple of months later he ran away again and this time he landed up in palasa. After living on the railway station for a few months he was sent to a Government home by the railway police. Again he was restored to his family after some time. Raju did the same thing again (running away) and landed up in Hyderabad railway station. From there he moved around to various places and finally landed up in srikakulam railway station. He used to visit our Drop in center there and was motivated to join our rehabilitation program. He came to HOPESSS home. Raju used to suffer from a lot of mood swings and could not settle down initially. He was admitted to a Telugu medium school in Class VIII. Though he was a good student, he could not concentrate on his studies due to the severe mood swings that he had. But love, compassion and care with counseling helped him to stay back in HOPESSS home. He came first in his class in the Annual Examination held in the beginning of this year. He is now in Class IX takes interest in other activities in HOPESSS home also. He expressed his desire to visit his family and was taken home by one of our care givers for a couple of days. Raju dreams to become an Engineer and wants to study hard to achieve his dream 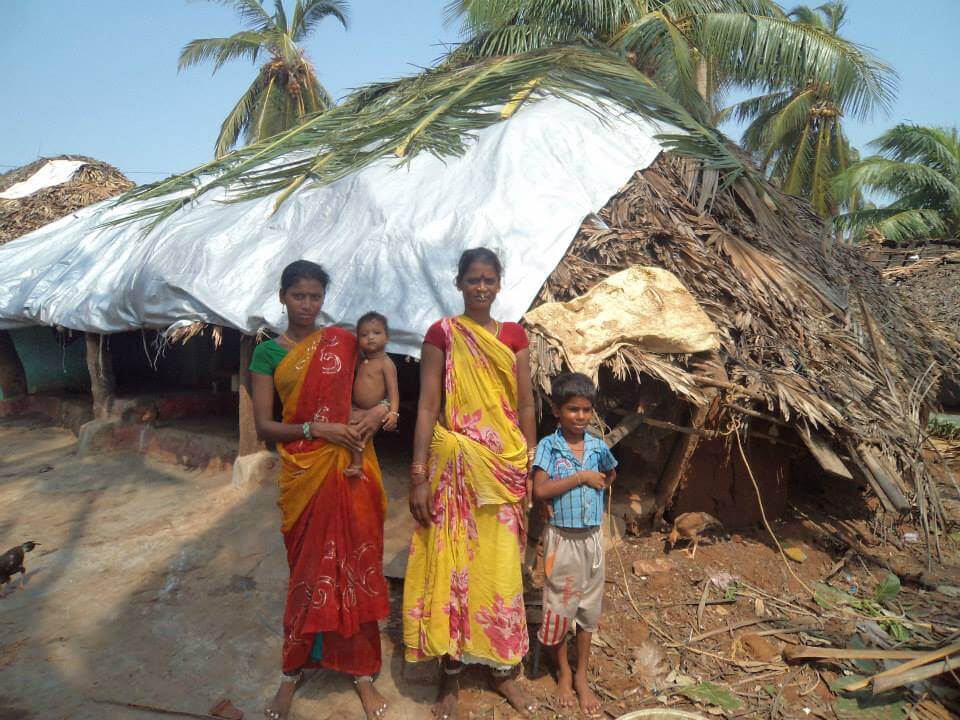 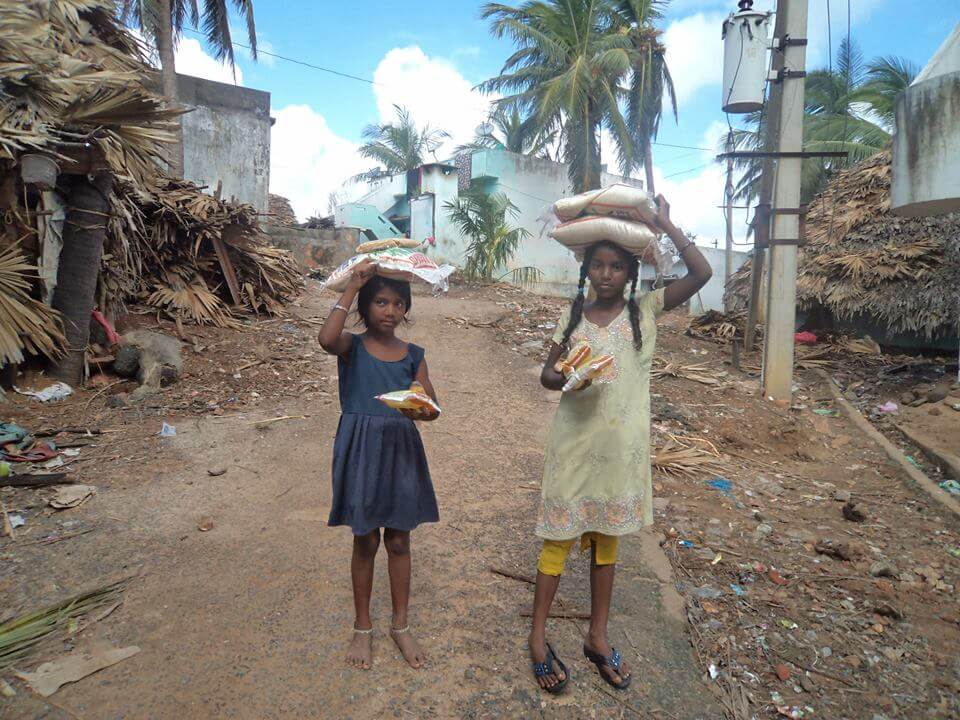 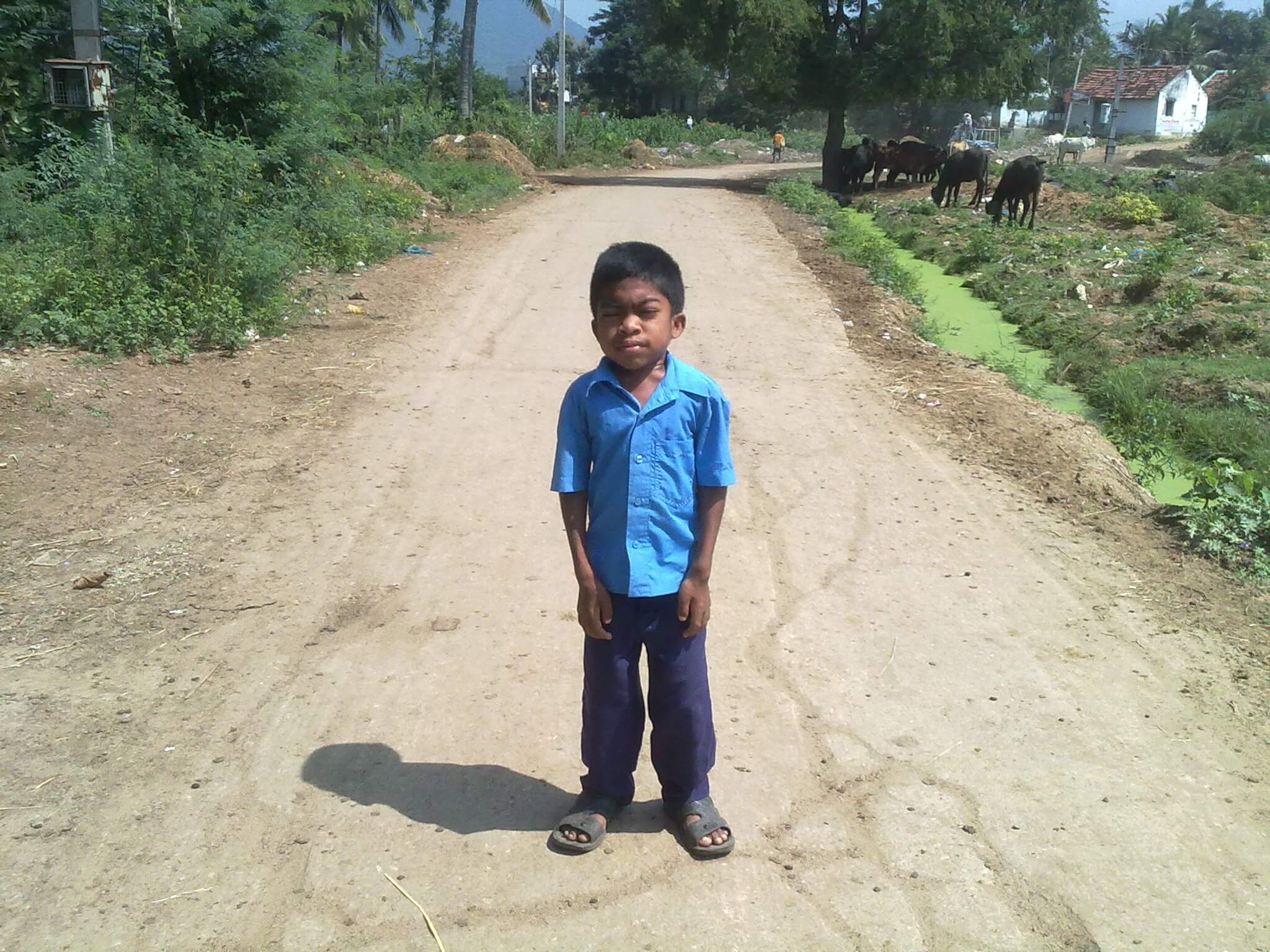 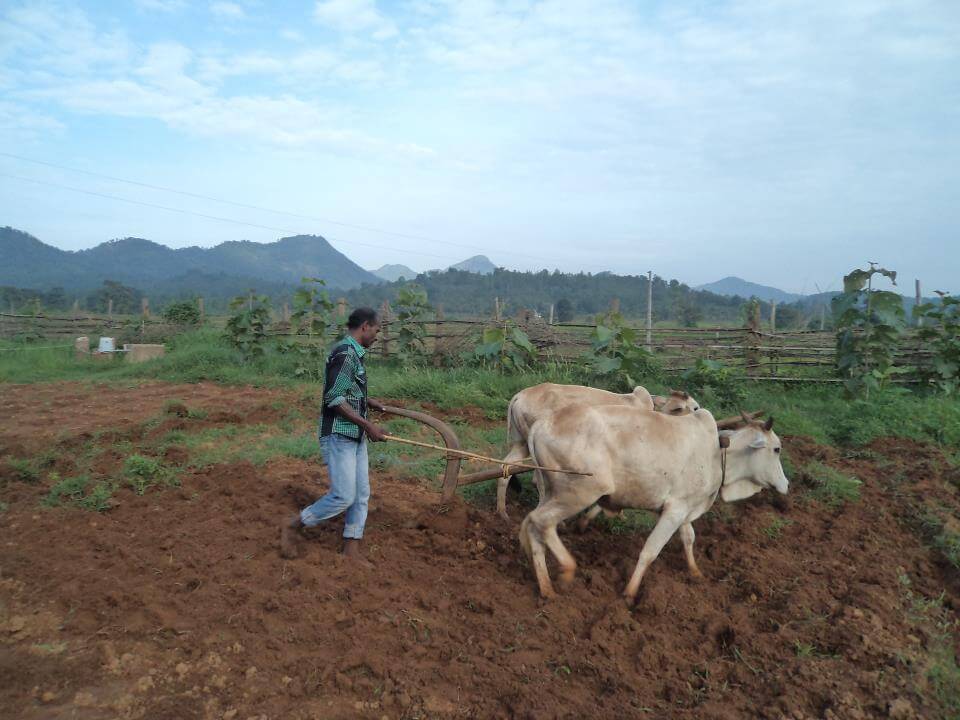 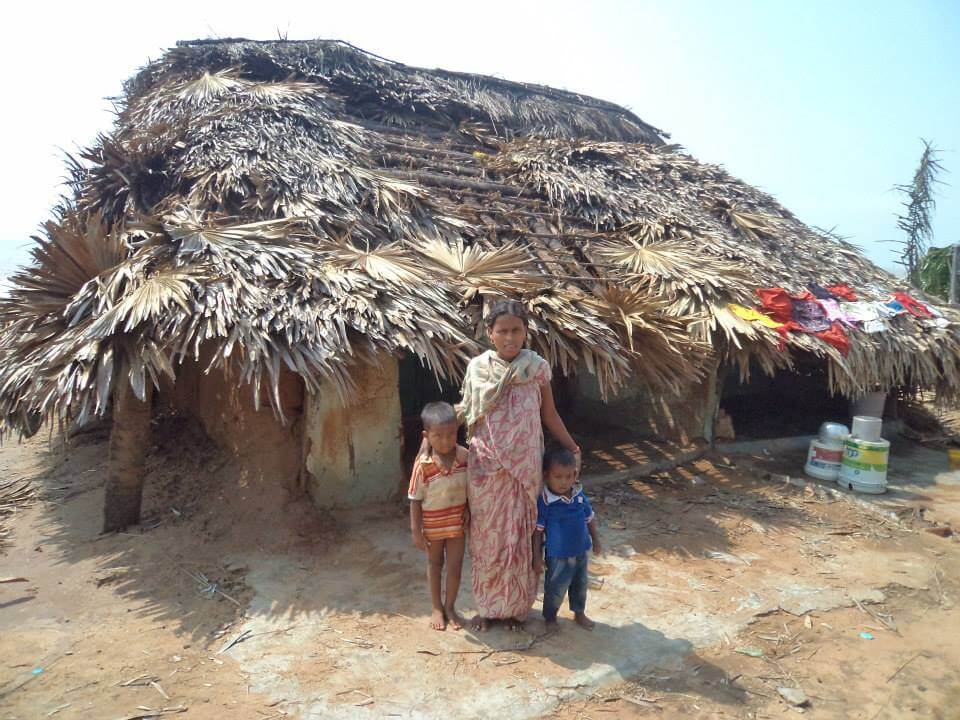 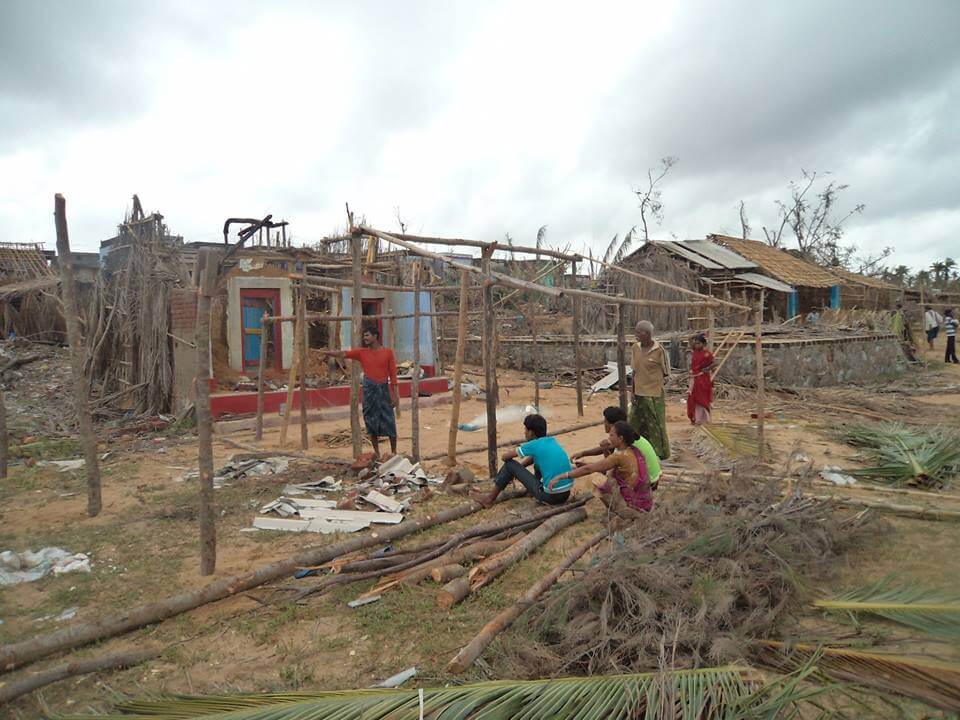